‍Whether you're studying philosophy A-level or are mid-way through your philosophy degree we’ve put together our top list of films that every philosophy student should watch.

Frank Capra’s classic Christmas film asks the audience to think about what really makes life worth living. It’s based on the short story The Greatest Gift by Philip Van Doren Stern and follows the life of George Bailey, a man who has given up his personal dreams in order to help others in his community.

George’s imminent suicide on Christmas Eve causes his guardian angel to bring Clarence Odbody to stage an intervention. Clarence shows George how he has touched the lives of others and how different life would be for his wife and community if he hadn’t been born.

This Swedish historical fantasy film written by Ingmar Bergman is set during the Black Death and centres around the last moments of the life of a medieval knight and the game of chess he plays with the personification of Death. The film title refers to the Biblical book of Revelation and plays with the motif of silence and the silence of God in particular. As Death impersonates a confessional Priest the knight questions the inconceivability of God to the senses, unseen miracles and unspoken promises.

Hilarious, silly but incredibly poignant, this film stars Jim Carrey as a man who has no idea his entire life is a set up for a TV show. Truman (Carrey) is born into a TV set and raised by parents who are actors. His education, work, love interests and family life are all planned out by the TV crew and his life is filled out with a cast of fake characters.

We watch Truman - along with the rest of the world - as he slowly discovers that his life is a lie. As the real-world audience, we’re watching the Truman show alongside the audience in the film and so feel somewhat complicit in the deception of Truman. Despite being light-hearted and amusing this film is the true home of Plato’s Cave in modern film and causes us to question our perception of reality.

Written by people who wish to remain anonymous, Being John Malkovich is about seeing the world through the eyes of another human being. As a puppeteer discovers a portal that leads literally into the head of the movie star John Malkovich, the film delves into the reality of living your life free to evade the consequences of your actions and presents questions surrounding the meaning of life.

The Matrix is the perfect philosophical film that addresses the reality of existence. Based on a philosophical question posed by the 17th-century French philosopher, René Descartes The Martix is riddled with existential questions like “what is reality?”, “Is it better to know the truth or is ignorance truly bliss?”, “What makes a person a person” and ultimately “Will you take the red pill or the blue pill?”.

Many of the questions raised in the film align to those raised by Caretesan dualism and the classic quote “Cogito, ergo sum” (I think therefore I am) and the consequent evolution of the argument to the “brain in the vat” hypothesis of the 20th century.

This American fantasy drama based on Stephen King's 1996 novel of the same name stars Tom Hanks as Paul Edgecomb, a death row corrections officer during the Great Depression. The film follows Paul as he recounts the supernatural events that occurred after an enigmatic inmate (John) is brought to the facility. After John's arrival, Paul begins to witness magical healing events and doubt the convictions bestowed upon the prisoners. Described as “an absorbing, emotionally powerful experience” by critics, prepare yourself to confront existential issues surrounding life, death and guilt.

‍
Fight Club (1999)
Based on Chuck Palahniuk’s famous novel, Fight Club is ultimately a story about rebelling against the status quo. The underground fight club, which morphs into the anarchist group Project Mayhem, is about throwing away society’s rulebook and the ideals people are supposed to aspire towards.
It’s a fascinating look at anarchist rebellion in a society in which people are numb and have lost their sense of identity.

‍Adapted from the book by Alice Sebold, The Lovely Bones follows life after death events following the murder of 14-year old Susie Salmon. The film depicts Susie from a form of purgatory as she watches over her family and her murderer and portrays her struggle to balance her thirst for revenge with the desire for her family to heal. As events unfold out of her control Susie has to choose whether to remain in purgatory observing her family below or whether to join fellow murder victims as they enter heaven.

‍Eternal Sunshine of the Spotless Mind (2004)

This film takes the classic love story and spins it on its head. Starring Kate Winslet and Jim Carrey, Eternal Sunshine of the Spotless Mind asks us to question what it really means to love someone.

Joel and Clementine begin a relationship after meeting on a train, without realising they’ve dated before - they’ve both had their memories of each other erased. As the film’s tagline says, you can erase someone from your mind but getting them out of your heart is another story.

Want to learn more about Philosophy?

Start lessons with a Philosophy tutor from just £20/hr!

Students
Top Educational Podcasts for 2021
Everyone loves a good podcast and there are so many different ones out there. They can be informative, funny, relaxing and intriguing and cover all sorts of subject matter, from astrophysics to classical music. 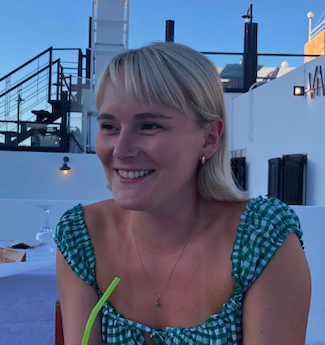 Laura Reid
Students
Top Films for Philosophy Students
‍Whether you're studying philosophy A-level or are mid-way through your philosophy degree we’ve put together our top list of films that every philosophy student should watch.

Elise Pearce
Students
10 of the most influential, inspiring and important women in History
Today is International Women's Day and we wanted to write about 10 women whose achievements have had a lasting and irreversible impact on equality, sustainability, science, sport and education.