With its charts, percentages, and, quite simply, too many occurrences of the word ‘rate’, economics may not immediately seem like the most seductive of subjects, but we’re on a mission to prove just how exciting it can really be. Despite what you may have heard, when it comes to the science of money, there’s rarely a dull moment.

The secret workings behind the concept of buying and selling tie us all together in ways that are truly mind-boggling. They lie at the heart of our understanding of work, leisure, relationships and pretty much everything else you can think of. Many societal structures that you may never have even thought to associate with money can be traced back to the history of trade.

This means that, once you’ve become aware of economics, it starts popping up everywhere! It’ll shine a light on numerous areas from History to Politics to Philosophy… the list goes on! And if you thought economics was all statistics and data, think again. With our book, film and podcast recommendations, you’ll experience some of the most gripping stories in the history of modern civilisation; tales of genius, greed, injustice, freedom and hope for a better, fairer world.

Economics is a subject filled with highs and lows. One minute you might be celebrating the miracle of a successful economic model; the next you’ll be weeping over the vulnerability at the centre of economic harmony and the precarity that lives in such close proximity to prosperity. (And a word of warning: a deep dive into economics has a tendency to radically change your perception of the world around you. A few hours alone with an economics book and you may well catch yourself following Marx’s lead and thinking in grand, existential terms, such as “the history of all hitherto existing society is the history of class struggles”. Go with it; this is powerful stuff.)

Book: Talking To My Daughter About The Economy, 2013 by Yanis Varoufakis

If you’d like to start learning about economics but you have no idea where to begin, this one needs to be first on your list. Written by Greece’s former Minister of Finance, Talking To My Daughter About The Economy does exactly what it says on the tin. Varoufakis frames his step-by-step breakdown of the timeline of man’s relationship with money around a conversation he’s having with his teenage daughter. Far from patronising its readers, as you might expect from the title, the book becomes a fascinating exercise in simplification and is impossible to put down.

Our narrator acts as both teacher and parent, tenderly guiding us through the story of economic development as a fable, a bedtime story. It’s a book you’ll complete quickly and smoothly and that will leave you eager to learn more about the intricacies of the many economic principles Varoufakis sweepingly describes. Readers inevitably emerge from Talking To My Daughter About The Economy a) wondering how a book about economics turned out to be so utterly charming and b) kind of wishing they had an economist for a dad.

How’s your knowledge of the 2008 financial crisis and the driving forces behind it? Maybe not as robust as it could be? The Big Short will change that, treating you to one of the most important history lessons of modern finance, while keeping you laughing grimly all the way through.

Based on the brilliant book by financial journalist Michael Lewis, it tells the story of a handful of prescient individuals in the finance world who saw the crash coming and bet against the housing market in an attempt to profit from the impending crisis. Despite being centred on the devastating financial collapse that would result in mass unemployment and economic struggle, The Big Short manages to remain a dark comedy, revelling in the absurdity that is the excesses of an investment banking culture that allowed a whole trading system to come crumbling down.

You’ve probably already heard of the pop academia giant, Freakonomics, that started flying off the shelves back in 2005. But did you know that the writers behind it, Stephen Dubner and Steven Levitt, have since created a whole Freakonomics franchise? Podcast addicts out there will be cheered to know that this includes Freakonomics Radio, which brands itself as “the podcast that explores the hidden side of everything”. It’s easy to see why; from macro to microeconomics, Freakonomics Radio covers it all.

In its archives stretching back over ten years, you’ll find episodes devoted to everything from economic policy to the small financial decisions made by normal people on a daily basis. Many episodes apply economic theory to topics that, on the surface, would seem to have nothing to do with money. (Though, of course, as you’ll know by this point in your economics journey, there really is no such thing). Having hit the perfect middle ground between inclusive and experimental, Freakonomics Radio explores a range of unusual, often challenging, areas while always being sure to take listeners along for the ride, whatever their prior understanding of economics. Definitely one for the commute!

Expand your economics knowledge with our tutors

Whether you're studying economics or just want to know a bit more about this fascinating area, sign up for private economics lessons with our expert tutors.

Ella is a content writer at Tutor House and explores a range of education centred topics, having previously spent time teaching English while living abroad. A foreign language enthusiast and lover of text art, she is devoted to words in all their forms. She'll happily immerse herself in anything wordy from conceptual art to vintage murder mysteries.

Students
1 Book, 1 Film, 1 Podcast: Art & Design
Get your creative juices flowing with our recommendations on one book, one film and one podcast all about art and design. There's no telling what you can achieve with this one. 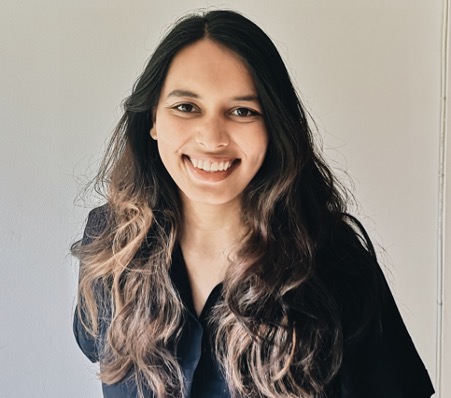 Sadiyah Zaman
Students
1 book, 1 film, 1 podcast: Economics
Do you have a growing passion for economics? Here we give you three of Tutor House's personal recommendations for economics lovers, whether you're considering a career in this area or just have a fascination for all things money.

Ella Burgess
Students
How to be a Digitally Sustainable Student
Being a sustainable person is becoming increasingly important and popular in the modern world; but how often do people consider how to be sustainable digitally too? Tutor House trys to tackle this topic and has come up with the five best ways to be sustainable online.